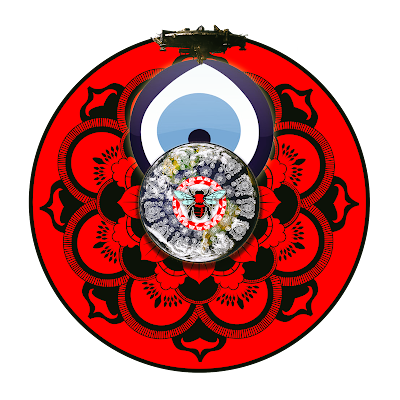 The Graeco-Egyptian god Serapis (Σέραπις) was specially invoked to defend his devoted followers against the Evil Eye under its abstract title of φθόνος. A look at this most ancient superstition formulates an appropriate prelude to the Power of the amulets of antiquity.

All ancient nations held the universal belief in the Power of the Evil Eye of a spiteful person, counteracted by amulets of antiquity. Apollonius Rhodius adhered to such a notion, manifesting the death of Talos, Bronze Protector of the shores of Europa, by Medea's serpentine gaze. Even Saint Paul accounts for the action of the Soul as it works through the bodily windows in sins of malicious origination: "being filled with all unrighteousness, wickedness, greed, evil; full of envy, murder, strife, deceit, malice; they are gossips," -Romans 1:29, NASB

The detailed description of operation upon the inflicted is explained best in the following passage from Heliodorus (Æthiopica 3:8):
"Tell me, my good Calasiris, what is the malady that has attacked your daughter?"
"You ought not to be surprised," I replied, "if at the time when she was heading the procession in the sight of so vast an assemblage of people, she had drawn upon herself some envious eye."
Whereupon, smiling ironically, "Do you then," asked he, "like the vulgar in general, believe in the reality of such fascination?"
"As much as I do in any other fact," I replied, "and the thing is this: the air which surrounds us passing through the eyes, as it were through a strainer, and also through the mouth, the teeth and the other passages, into the inward parts, whilst its external properties make their way in together with it--whatever be its quality as it flows in, of the same nature is the effect it disseminates in the recipient, so that when any one looks upon beauty with envy, he fills the circumambient air with a malignant property, and diffuses upon his neighbor the breath issuing from himself, all impregnated with bitterness, and this, being as it is of a most subtle nature, penetrates through into the very bone and marrow. Hence envy has frequently turned itself into a regular disease, and has received the distinctive appellation of fascination (βασκανία). Consider also, my Charities, how many people have been infected with ophthalmia, how many with other pestilential diseases, not from any contact with those so affected, or from sharing the same bed or same table, but merely from breathing the same air. Let also (and above all the rest), the origin of love be a support to my argument, for that owes its first origin to the sight which shoots like arrows the passion into the soul. And for this there is very good reason, for of all the senses and passages of the body, the sight is the most easily excited, and the most inflammable, and consequently the most susceptible with regard to external emanation, in consequence of its own natural fiery essence, attracting to itself the visits of love. And if you wish for a proof drawn from Natural History, recorded likewise in the Sacred Books, the bird, the yellowhammer, cures the jaundice, and if a person so affected shall but look at that bird, the latter at once tries to escape and shuts its eyes; not as some think, because it begrudges the benefit to the sick man, but because, if looked upon by men, it is forced by its nature to attract his disease into its own body, like an exhalation, and therefore shuns the glance as much as a blow. And amongst serpents, the basilisk, doth not he, as you may have heard, kill and blast whatever comes in his way by means of his eyes and his breath alone? And if some give the stroke of the Evil Eye even to those they love and are well disposed towards, you must not be surprised, for people of an envious disposition act not as they wish, but as their Nature compels them to do." 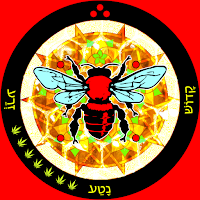